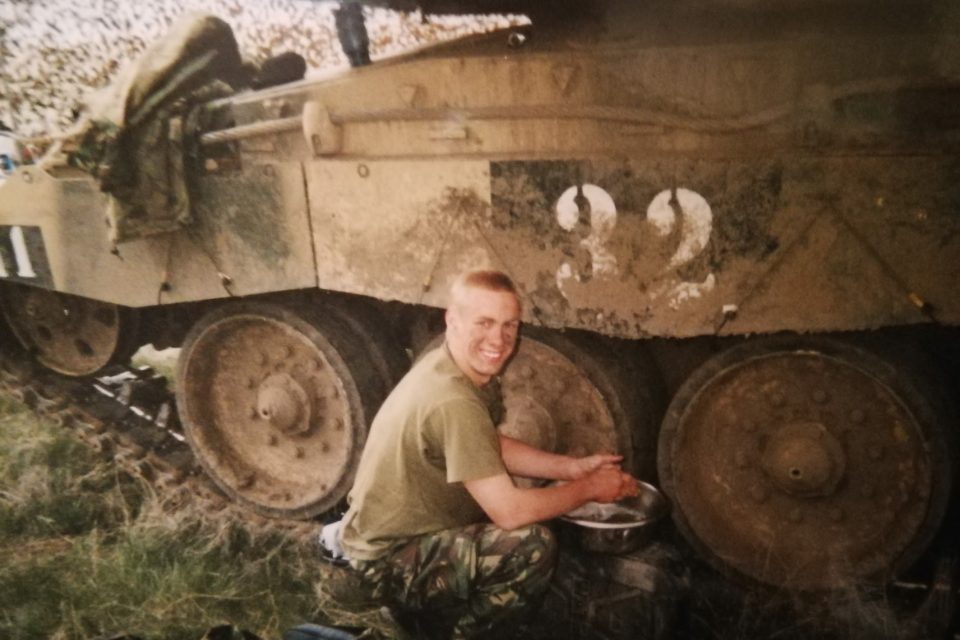 Iraq War veteran, Ashley Winter, 38, whose military career came to an end because of a degenerative eye condition, is now proudly serving the country again by supporting the fight against Covid in his role as a welfare officer in the Defence Medical Welfare Service (DMWS), working alongside the NHS, in Herefordshire. 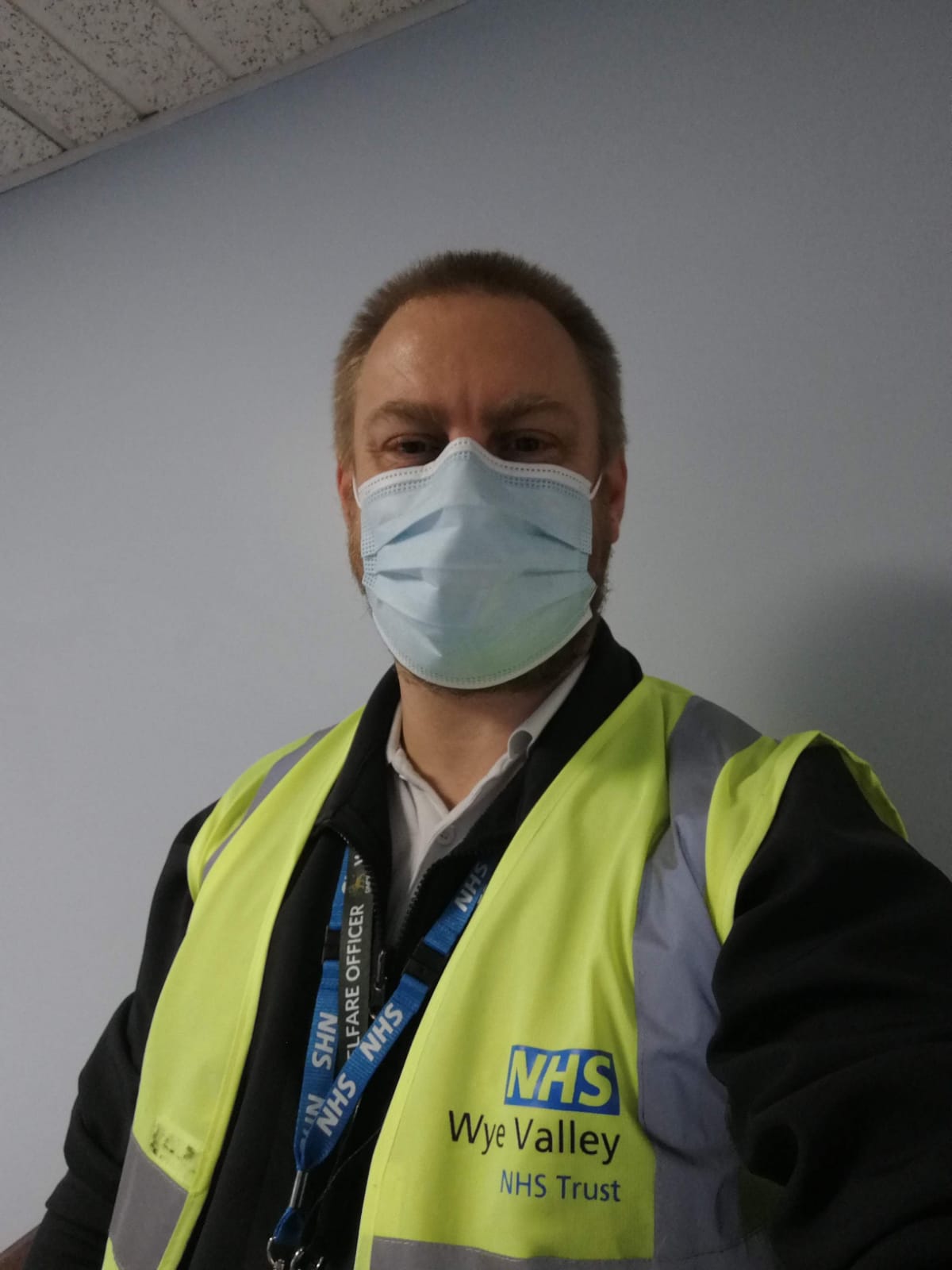 Ashley, who served for 14 years in both regular service and full time Reserves in the Queen’s Royal Hussars, has been at the centre of community support for the pandemic, helping vulnerable and shielding patients with doorstep visits, delivering food packages and medication.

Additionally, he is a hospital volunteer in Hereford County Hospital, supporting the vaccination team with equipment preparation and ensuring the smooth transition of patients through the vaccination process.

The former corporal and Challenger-tank crewman, who hails from Birmingham and now lives in Hereford, can see many parallels between the stress NHS staff have been under because of the pandemic and what military personnel go through when deployed in a conflict, having been deployed in Iraq and Kosovo. He also says that his military training had him well equipped for his part in this new battle.

His own trauma stems from being told in 2010 that he was not fit for service because of his diagnosis with keratoconus which causes sensitivity to light, pain, visual distortion, floaters, migraines, and headaches. Ashley took up a career in telecommunications but struggled to work with the gadgets and wires that were part of his job because of his eye condition.

This led to a series of breakdowns, the first when he tried to crash his van to give himself an excuse not to go back to his job, and, secondly, when he found himself on a third-floor window ledge and didn’t know how he got there.

Thankfully, after this last incident he found the medication, therapies, and support that he needed to help him after being diagnosed with adjustment order, anxiety and depression. Help for Heroes was part of this, providing mental health support through its Hidden Wounds service, to help him regain the camaraderie he’d lost from the Armed Forces through its fellowship activity, and also supporting his family. Once he was offered his job in the DMWS everything finally clicked into place.

Talking about his military experience, Ashley said: “Having to cope with such intense and pressured times, my Army training is a big help. It means I work in a disciplined way to ensure things happen when they need to, and we are trained to problem solve, manage logistics and make quick decisions.

“I also feel well equipped to work with people from all walks of life and with different levels of seniority and know how to ensure everyone sticks to the procedures that are in place for their own safety. What has been great, is seeing that, by helping with the smooth running of the vaccination programme, I’m taking pressure of the vaccination team so they can just concentrate on the job in hand.”

He feels what NHS staff have faced is more stressful than going on an operational tour in the Armed Forces.

He explained: “When I went to Iraq it was for a finite amount of time (six months) and once you’d finished your daily work you just had to look after yourself. For frontline healthcare teams, they are on 12-hour shifts, living on adrenalin, and then they must go home to their families and play their roles there too.

“There is no decompression time to get things of your chest, and it’s been relentless for a year now. There is no doubt that it’s mentally challenging and everyone is exhausted.”

Drawing from his own experience of coping with mental trauma, he added: “The biggest lesson I have learned is that, if you are suffering, ask for help. It is a sign of strength, not weakness, and no one should have to cope on their own. Also, take ten minutes to yourself every day – whether it’s time spent reading, sitting in the quiet on your own or lighting a fire. Giving yourself a bit of space to breathe is really important.”

Mel Waters, CEO of Help for Heroes, added: “Ashley is one of many veterans who stepped up to serve their country again in the nation’s fight against the coronavirus. It shows huge strength in the face of adversity and shows the value that our military heroes continue to bring to the community, even after they have left their service.”

Help for Heroes has created mental-health resources and expertise for NHS workers and their families, called Lessons from the Battlefield. The charity is making existing emotional resilience resources – created in partnership with wounded veterans and their loved ones – available online to support healthcare staff and family members because of the similarities of what they’re going through with the intense daily stress of dealing with COVID-19 (including putting themselves at risk, working with PPE in challenging environments and being away from loved ones).

Ashley is keen for NHS workers to know there is life beyond trauma, as he has found himself. Since starting on his own recovery journey he has been nominated as a finalist for Role Model of the Year, in the English Veterans Awards (winner to be announced in September), and as a contender for Inspiration of the Year in the Soldiering On Awards.

He has trialled for the Invictus Games, completed 24-hour endurance mountain bike races and participated in a dog sled expedition in the Arctic Circle, as well as becoming a Guinness World Record breaker when he ran one mile blindfolded in a time of 10 minutes, 11 seconds. He has also written a successful book, Keratoconus and Me, about living with visual impairment. His main aim in life is to show others that you can lead a fulfilling and normal life, even when things are going against you.

The Lessons from the Battlefield resources can be found at helpforheroes.org.uk/what-we-do/lessons-from-the-battlefield. 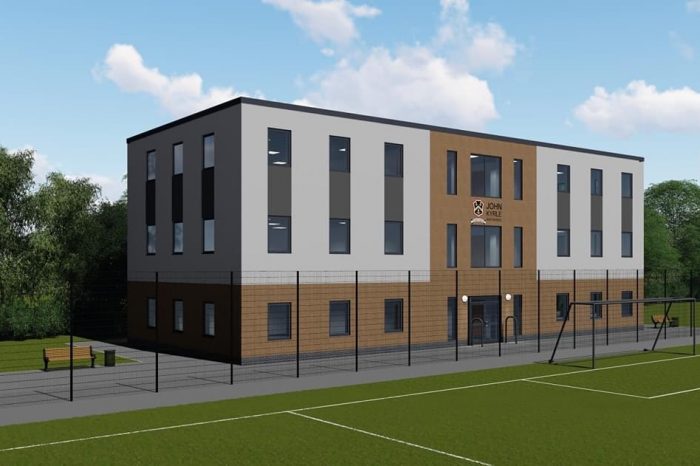