0
768 Views
Warning: json_decode() expects parameter 1 to be string, object given in /homepages/43/d806122517/htdocs/clickandbuilds/Rossonline/wp-content/plugins/posts-social-shares-count/classes/share.count.php on line 66
0
Shares 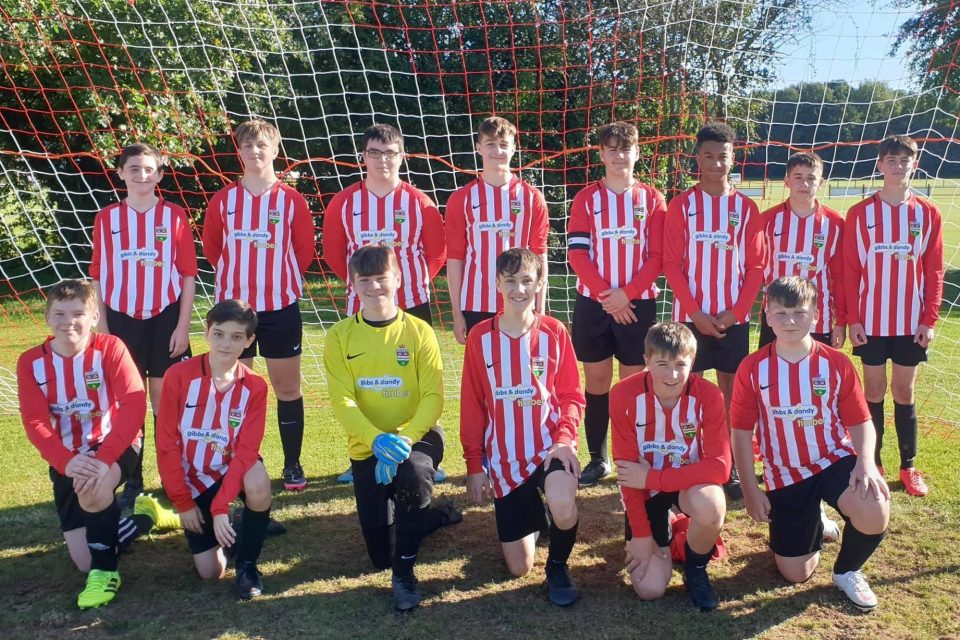 The Ross Juniors under 15’s boys played their first league match against Ledbury Swifts on Sunday with Ross starting well and quickly taking control of the match.

They played some really good football and quickly took the lead and controlled the game for most parts scoring some great goals.

Both Eddie and Tye scored hat-tricks, with some superb finishes from both the front players.
Bill scored after a powerful run through from midfield and Ollie scored with a nice dink from outside the box. Harvey took a penalty for Ross which was saved, but he followed up well and finished it off putting it passed the keeper. Jake had a long range shot hit the bar and Owen had a couple of chances also.

Great result for the boys with a 9-2 win to start the season and hopefully they carry on in this kind of form.