0
339 Views
Warning: json_decode() expects parameter 1 to be string, object given in /homepages/43/d806122517/htdocs/clickandbuilds/Rossonline/wp-content/plugins/posts-social-shares-count/classes/share.count.php on line 66
0
Shares 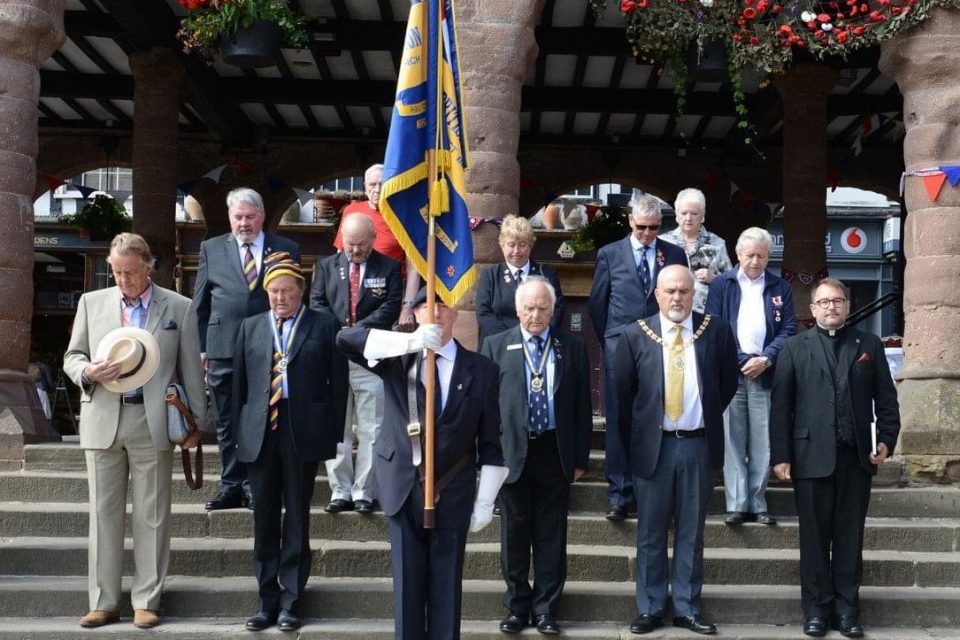 To mark the start of Armed Forces Week, Ross-on-Wye paid its respects this morning, Monday 20th June, at 10:00am with the official flag-raising ceremony at the Market House to show support for service men and women of the Armed Forces, past and present.

In attendance was The Mayor of Ross-on-Wye, Cllr Ed O’Driscoll; President of Ross-on-Wye Royal British Legion, Major Patrick Darling DL; The Chairman of Ross-on-Wye RBL, Graham Aplin plus other RBL dignitaries. The Rev’d Sean Semple delivered a poignant prayer in remembrance of those who sacrificed their lives for our freedom. 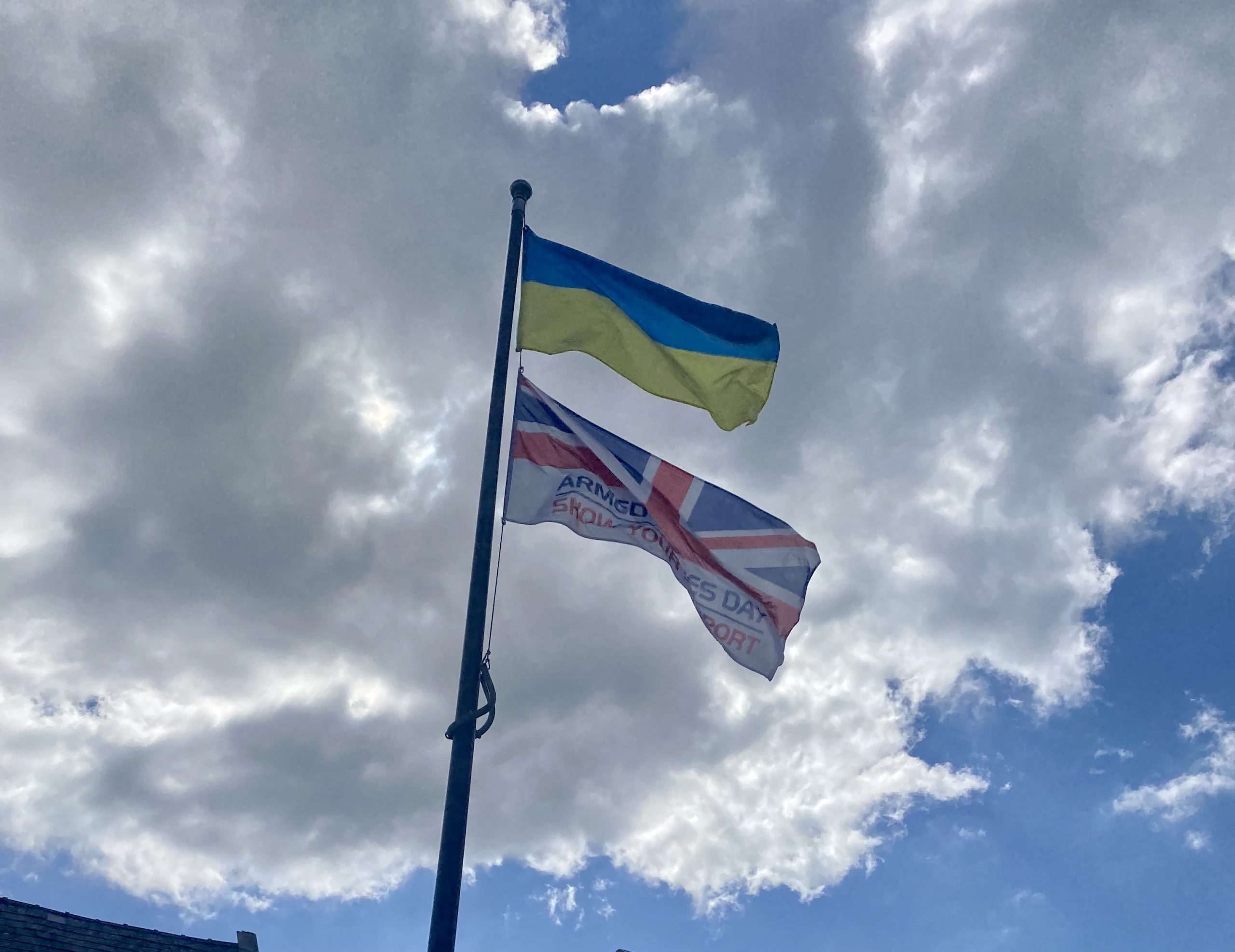 Since 1921, the Royal British Legion has been supporting the Armed Forces community, creating better futures for them and their families. The aim of the RBL is to ensure that the unique contribution of the Armed Forces community is never forgotten and that individuals are enabled to live fulfilled lives. More information on the RBL’s activities and events can be found online at www.britishlegion.org.uk.

As part of local celebrations for Armed Forces week, Colonel Andy Taylor OBE will present an illustrated talk this evening, Monday 20th June, at 7.30pm at The Phoenix Theatre, Ross-on-Wye, about the formation of the Herefordshire Regiment and its experiences up until its evacuation from Suvla Bay, Gallipoli in December 1915.

Ross-on-Wye Town Council will be holding a service for the rededication of the War Memorial at The Prospect on Thursday 23rd June at 12.30pm in advance of Armed Forces Day on Saturday 25th June, where the whole community is invited to enjoy a free programme of music, re-enactments, military displays, dancing as well as food and drink from 11am to 5pm at the Rope Walk. A spitfire flypast is scheduled to fly over Ross-on-Wye at 12.15pm that day. 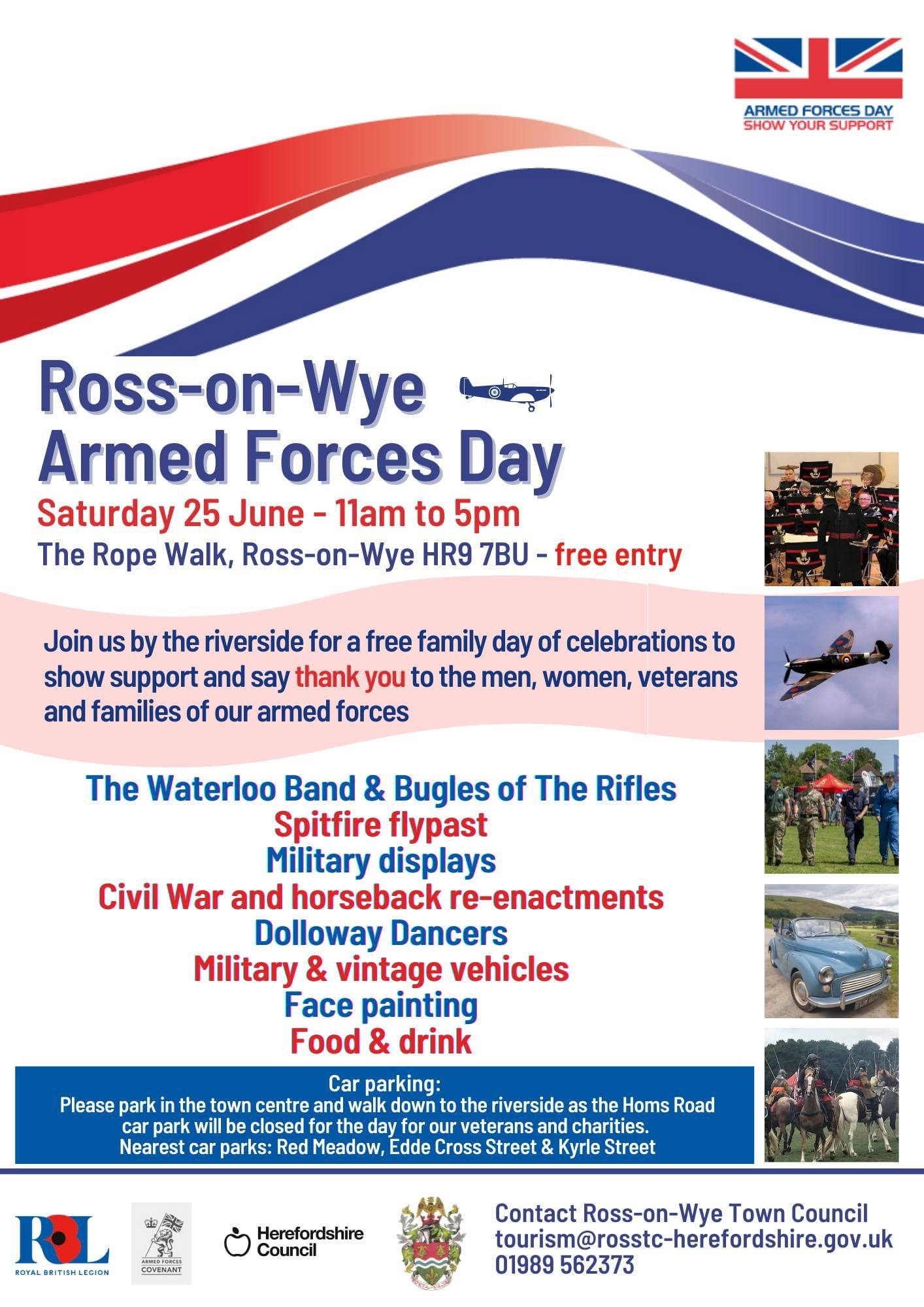 The Town Council is also be holding a shop window-dressing competition for local traders and are encouraging as many as possible to get involved to show their support. 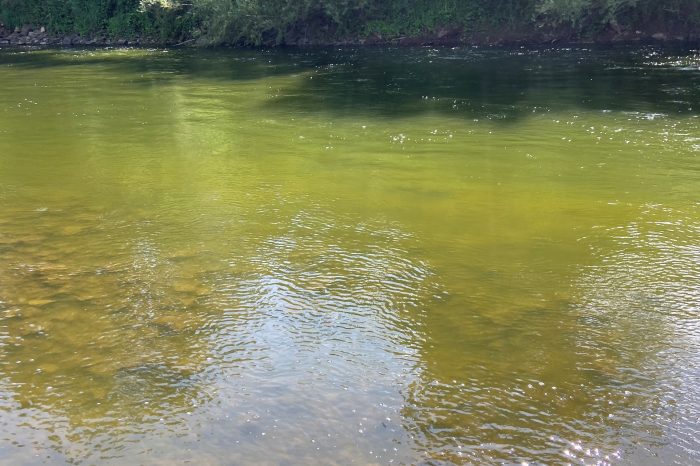