0
424 Views
Warning: json_decode() expects parameter 1 to be string, object given in /homepages/43/d806122517/htdocs/clickandbuilds/Rossonline/wp-content/plugins/posts-social-shares-count/classes/share.count.php on line 66
0
Shares 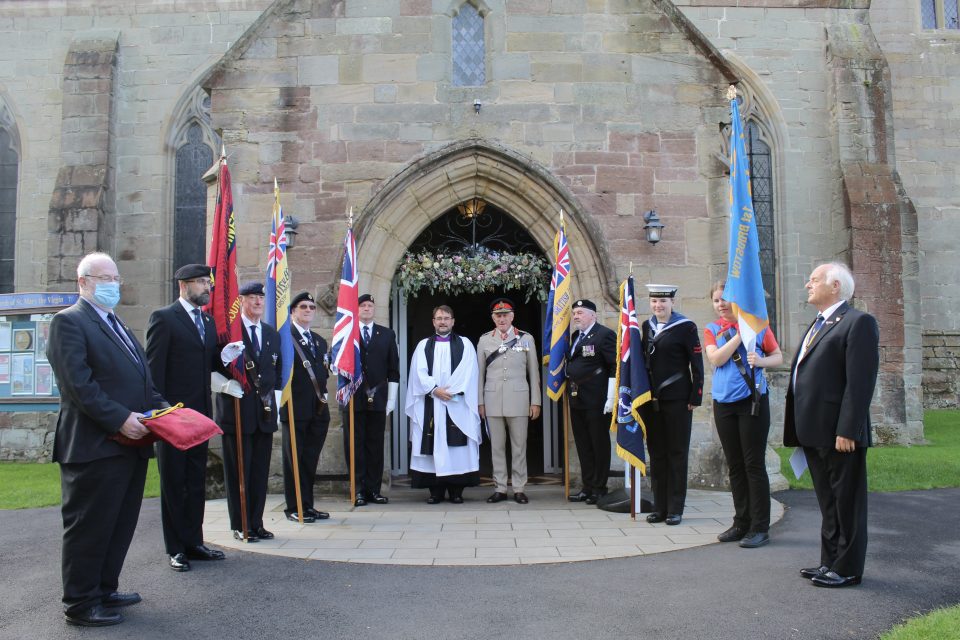 On Sunday 19th September a special Centenary service for the Ross and District Branch of the Royal British Legion took place at St Mary’s Church.

The service included hymns and readings and a blessing of the Centenary Pennant by Bishop David Thomson.

In his address Rev’d Sean Semple said: “As we give thanks for God’s great works, we also commemorate and give thanks for one hundred years of service given by the Ross and District Branch of the Royal British Legion. On the 4th July 1921 a legion of ex-servicemen paraded in Ross-on-Wye for the first time, at the Dedication of the Ross War Memorial. They paraded again, as the British Legion Ross Branch at the Armistice Day Parade on 11th November 1921. Since then this branch has continued to raise awareness for and support members and veterans of the Armed Forces, their families and their dependents.

“In this historic year we remember with thanksgiving all who have served in this Branch of the Royal British Legion.”

Cricket facilities given facelift thanks to generous support from charity