0
907 Views
Warning: json_decode() expects parameter 1 to be string, object given in /homepages/43/d806122517/htdocs/clickandbuilds/Rossonline/wp-content/plugins/posts-social-shares-count/classes/share.count.php on line 66
0
Shares 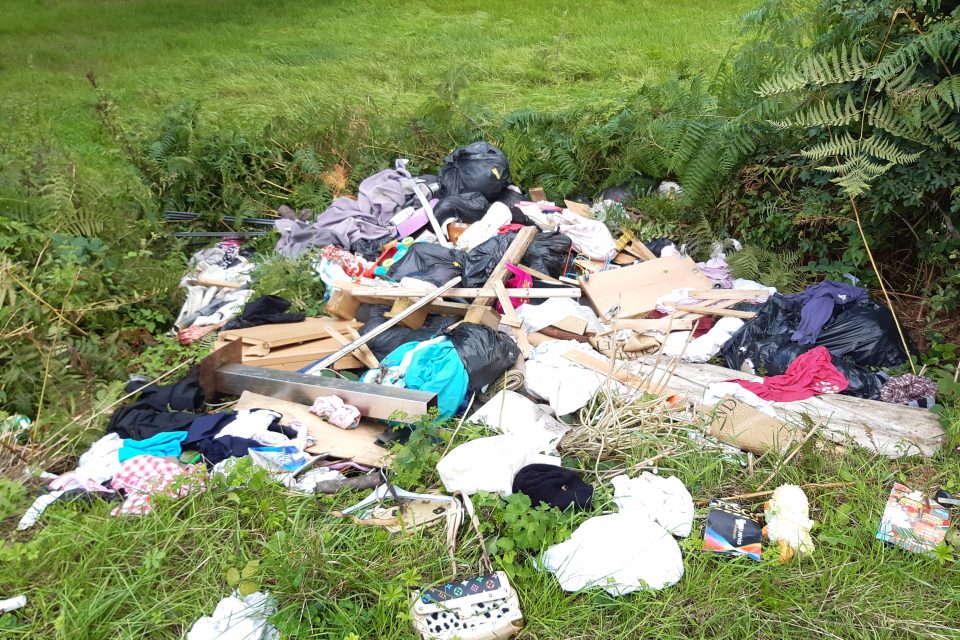 Herefordshire Council has won an enforcement case against a man found guilty of two counts of fly-tipping in one evening within the county.

George Bradley also failed in his duty of care when collecting a trailer full of waste that he had been paid to take away.

Hereford magistrates heard how, on 24th May 2020, Bradley had been paid £120 to take away house clearance waste from a property in Lydney, Gloucestershire. The waste was found the following day strewn on the roadside along Clay Hill in Dormington and at the side of a country lane in Pixley. The council’s community protection team found evidence at both scenes that led them to Bradley.

Bradley, who had a previous conviction for fly-tipping, was given a 12-month community order, 150 hours of unpaid work and was ordered to pay costs of £2,066. He was also handed a victim surcharge of £95 for two counts of fly-tipping and failing to transfer the waste to an authorised person and not producing waste transfer notes.

Marc Willimont, the council’s head of public protection, said: “Fly-tipping is a serious environmental crime and a blight on our beautiful countryside. Every year, tens of thousands of pounds of council tax payers’ money is spent on clearing up fly-tipping and regulating unlawful waste disposal. Businesses do this to avoid the cost of disposing of their waste properly. They must ensure appropriate measures are in place so their waste is disposed of correctly and lawfully. All businesses must also have documentation to show who they have transferred the waste to and keep those records for at least two years. Anyone found fly-tipping waste will always be prosecuted.”

The maximum penalty for fly-tipping is a £50,000 fine and/ or five years imprisonment. The council’s community protection team will investigate unlawful waste disposal and fly-tipping cases that are reported via the website or by calling 01432 261761.