0
291 Views
Warning: json_decode() expects parameter 1 to be string, object given in /homepages/43/d806122517/htdocs/clickandbuilds/Rossonline/wp-content/plugins/posts-social-shares-count/classes/share.count.php on line 66
0
Shares 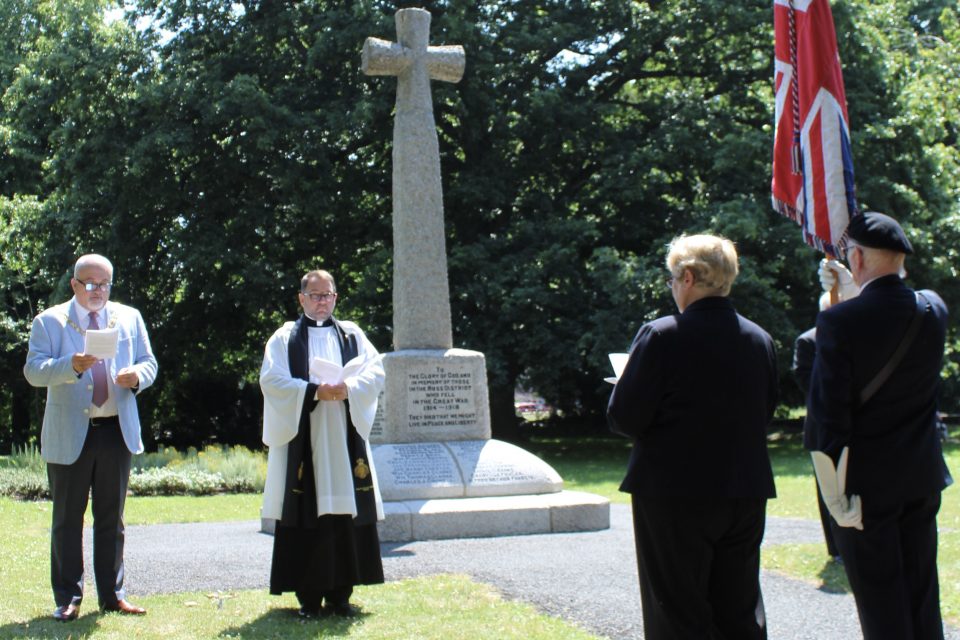 A rededication of the War Memorial at the Prospect in Ross-on-Wye took place today, Wednesday 22nd June, following the recent refurbishment.

The service was conducted by Revd. Sean Semple, with readings from the Mayor of Ross-on-Wye, Cllr Ed O’Drisoll and the Chairman of Ross and District Royal British Legion, Graham Aplin. 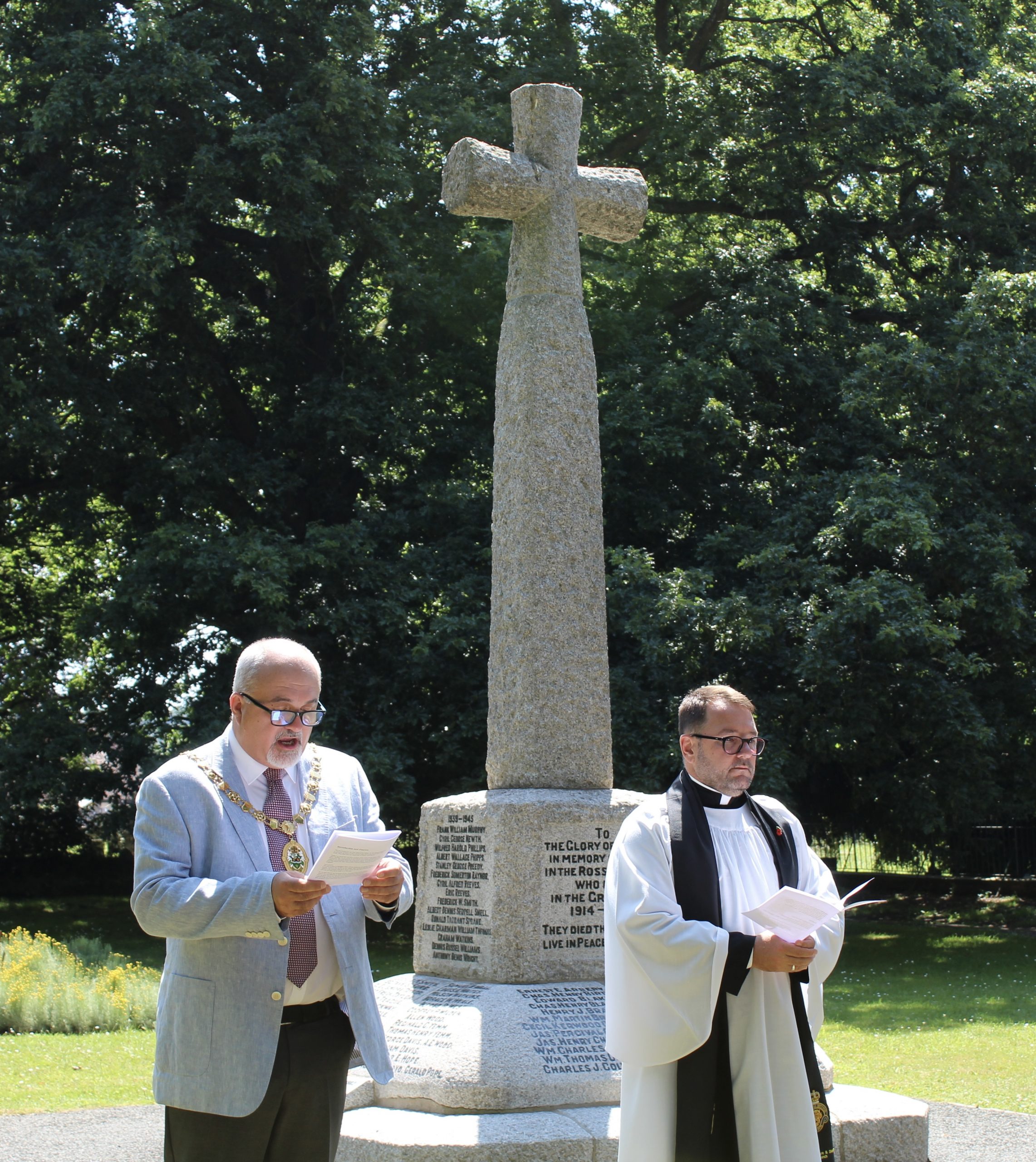 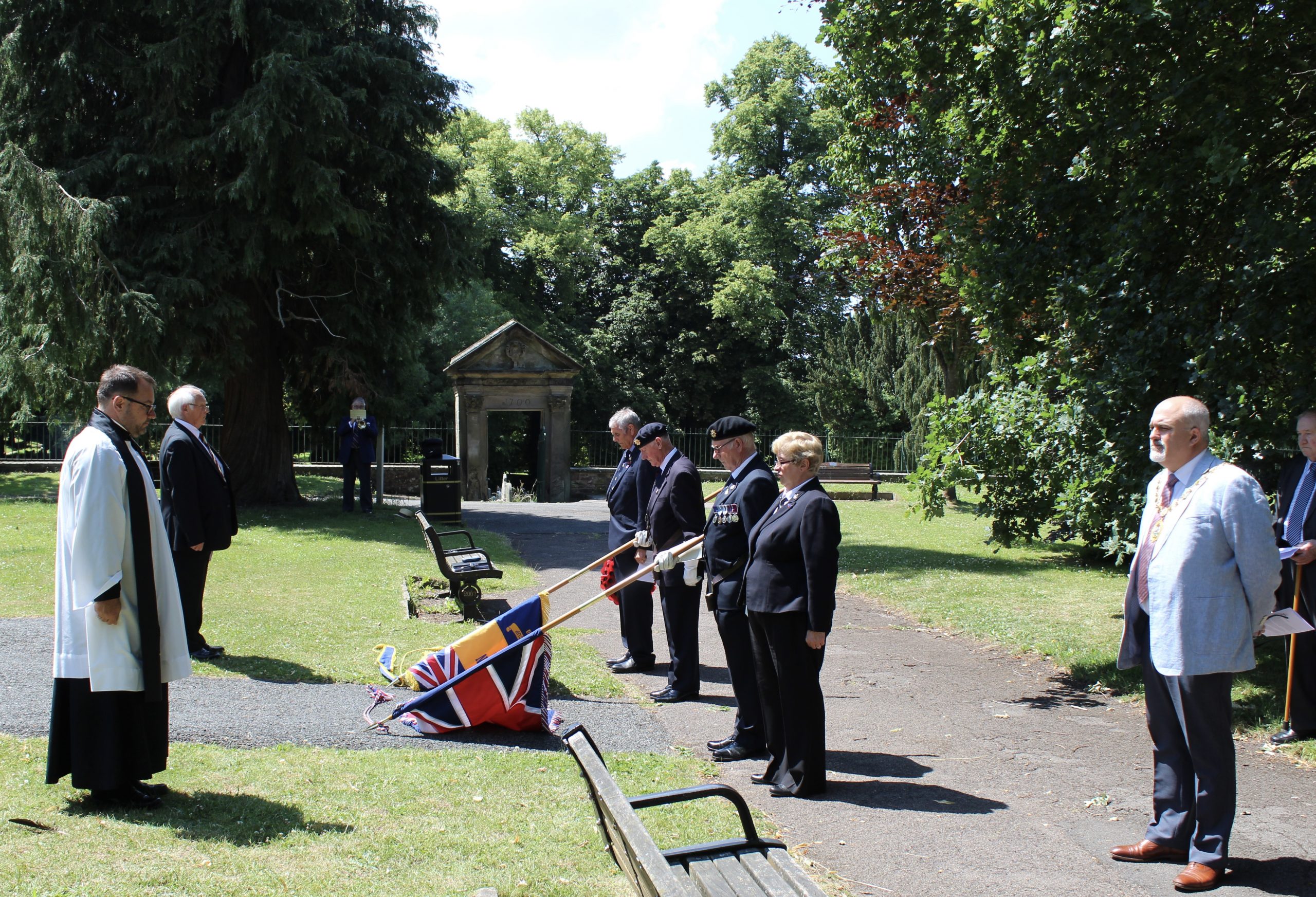 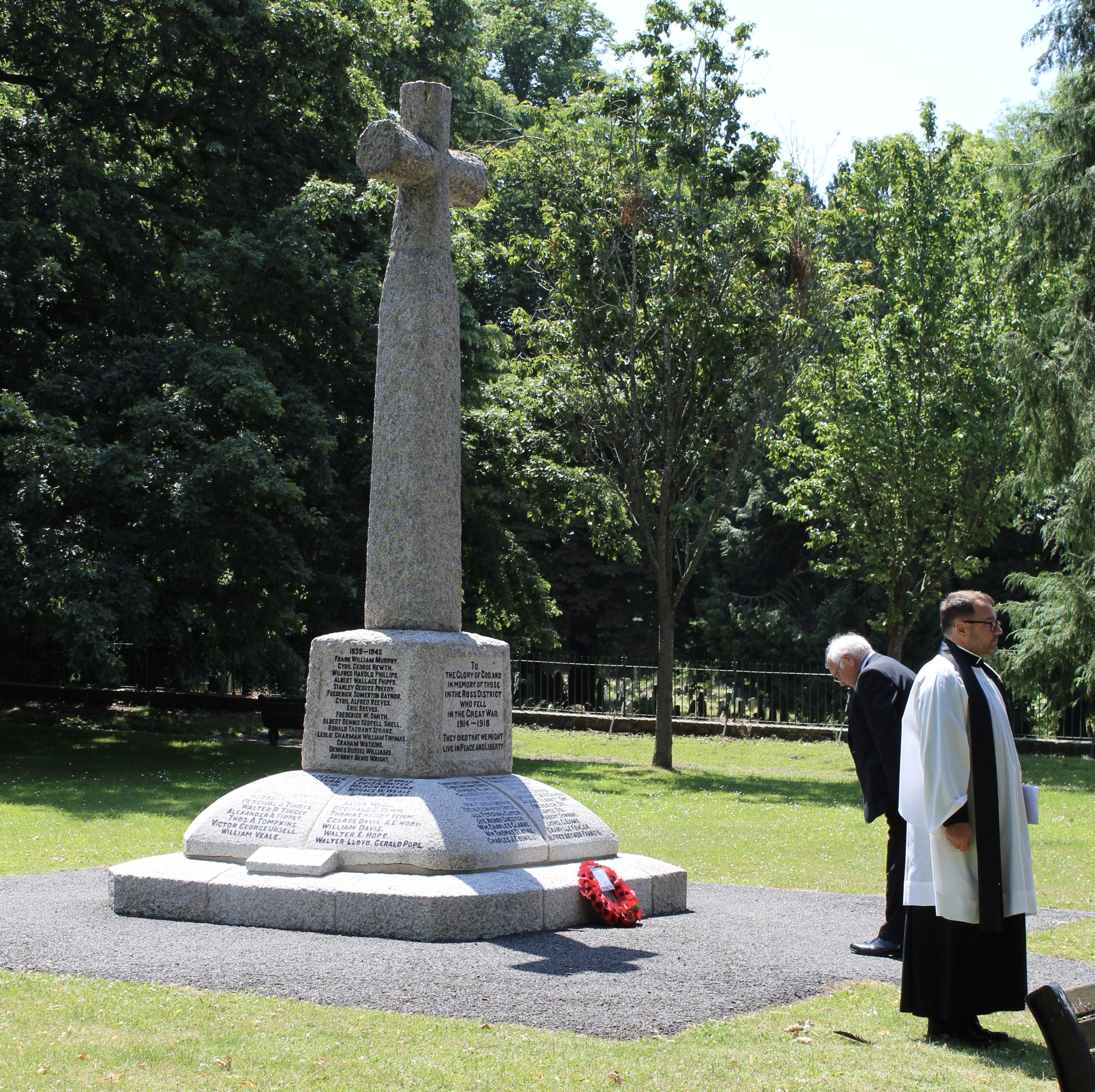 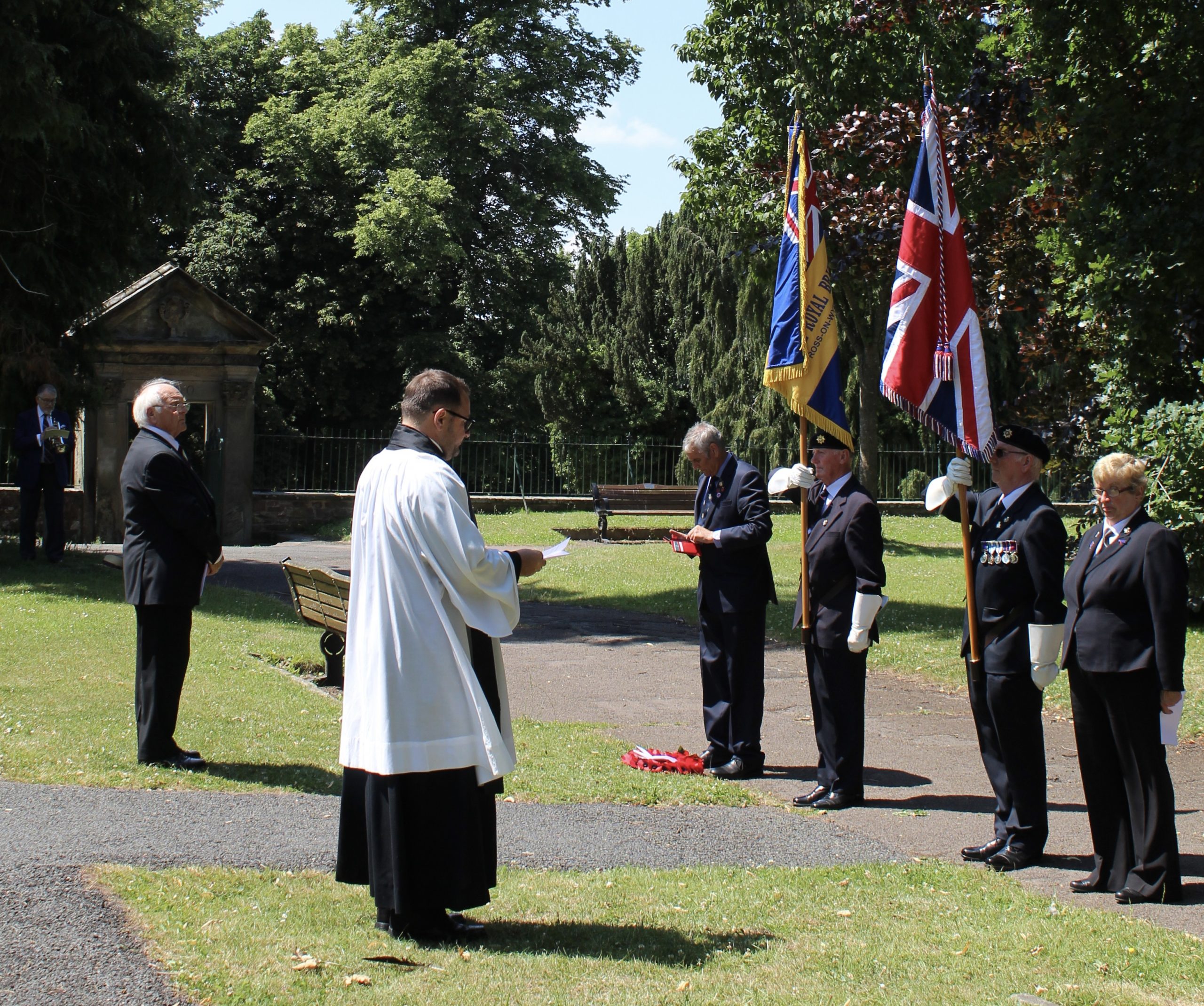 The war memorial has recently benefited from a grant of £1,780 from the Grants for War Memorials scheme supported by Historic England.

The money helped to restore this beautiful and important memorial to its former glory. Work included stone cleaning of the memorial, careful removal of defective/loose mortar from the memorial’s construction joints, repointing of the memorial’s construction joints with an appropriate lime mortar, careful removing of defective paint from lead lettering and re-painting of lettering using an appropriate enamel paint in colour to match the existing lettering.

Ross-on-Wye Town Council were keen for the war memorial refurbishment to be completed in time for when the town hosts the Herefordshire Armed Forces Day event. This was originally due to take place in 2021 at the same time as the Royal British Legion (RBL) and the Ross and District Branch of the RBL celebrated 100 years. However, due to the pandemic these events were postponed until 2022, which means the refurbishment was done in time for the Armed Forces Day celebrations on Saturday 25th June.

Frances Moreton, Director, War Memorials Trust said: “War memorials are touchstones to our past. Preserving them maintains the link between those who have made the ultimate sacrifice and later generations who benefit from the freedoms for which they fought. War memorials also remind us of the full cost of war so we can hopefully learn the lessons which help us avoid conflict, and further loss, in future. War Memorials Trust is pleased to assist this project to improve the condition of the war memorial. If anyone knows of any other war memorials in need of help, please contact us or, if you believe in the importance of our work, support us as we are a charity so can only give further grants if we raise enough money.”

Charlotte Reynolds, Community Development Officer at Ross-on-Wye Town Council, said: “We are delighted with the results of restoring this important memorial, and are thankful to the Grants for War Memorials for helping to make this happen. It is an important part of the history of Ross and is a focal point for many commemorative events. In 2020 the Town Council signed the Armed Forces Covenant and is committed to preserving the memory of those who gave their lives in conflicts.” 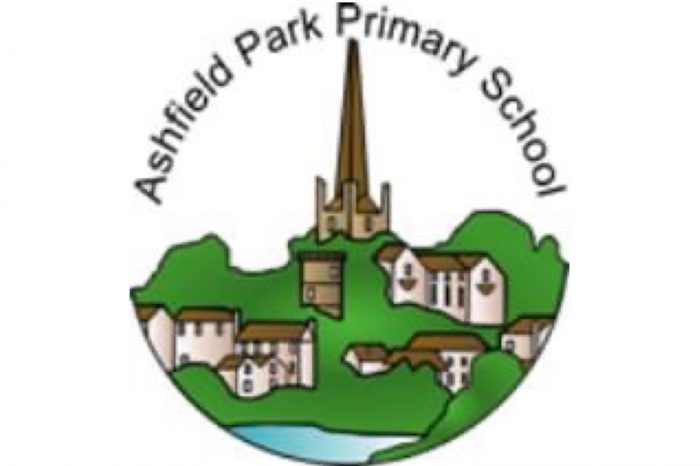