Hot spell on the way this week 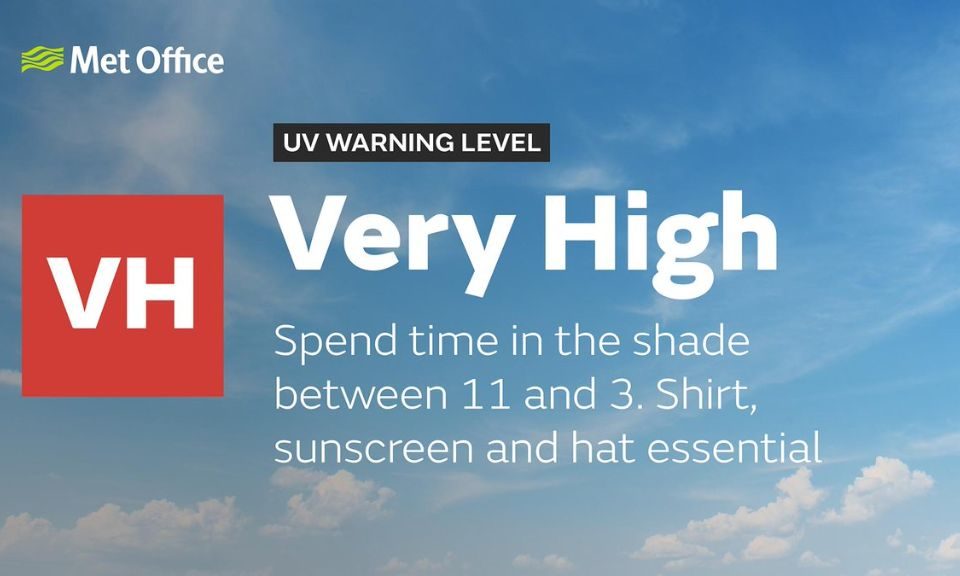 It’ll turn hot for many through the week as temperatures reach 30 Celsius or more in places.

Met Office Chief Meteorologist, Dan Suri said: “Northern Ireland and Scotland will be under a band of cloud and rain on Monday and Tuesday, however it’ll be dry elsewhere with plenty of warm sunshine and temperatures reaching 28 or 29 Celsius in a few spots on Tuesday.

“Temperatures will continue to climb through the week with a hot spell developing across much of England and Wales. From Wednesday temperatures will widely reach into the high twenties Celsius and it’ll be hot across much of the UK, especially central and southern England where we could see highs of 30 to 34 Celsius. This hot weather is expected to last until at least Friday and so heatwave conditions are likely to develop for some areas this week.”

“In addition to the warm days we are going to see some warm nights this week as temperatures overnight remain in the mid-high teens across England and Wales.”

With plenty of strong summer sunshine in the forecast, UV levels will be high or very high.

Commenting on the reasons behind the hot spell, Dan said: “We quite often see warm, southerly air from the continent bringing these high temperatures to the UK in summer, however this week, the air across the UK has arrived from the Atlantic. This Atlantic air will descend and warm up as it moves across the UK and this in combination with clear skies and strong late-June sunshine, we’re seeing temperatures rise.”

Deputy Chief Meteorologist, Matthew Lehnert, said: “By Thursday, Northern Ireland and Scotland will join the rest of the country in seeing a shorter lived spell of warm and sunny weather, but we’re also seeing an increased risk of thunderstorms towards the end of the week which is expected to bring an end to the very warm and sunny weather.”