0
508 Views
Warning: json_decode() expects parameter 1 to be string, object given in /homepages/43/d806122517/htdocs/clickandbuilds/Rossonline/wp-content/plugins/posts-social-shares-count/classes/share.count.php on line 66
0
Shares 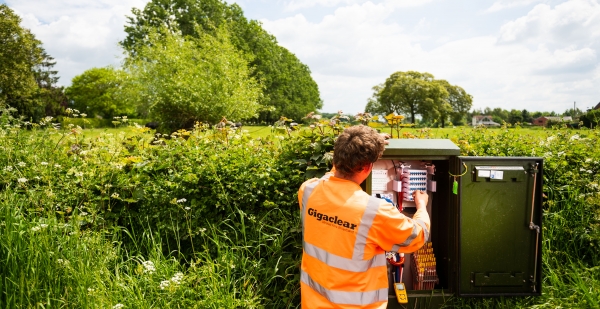 The rollout of ultrafast broadband in Herefordshire and Gloucestershire has passed the 34,000 homes and businesses mark, and plans have been expanded to reach more rural properties.
Fastershire – the partnership between Herefordshire Council and Gloucestershire County Council to bring faster broadband to the two counties – and Gigaclear initially planned to provide more than 70,000 homes and businesses access to a new ultrafast network and increase superfast coverage to over 97%.
Gigaclear, working with Fastershire, has now revised its contract and commercial commitment to the area, which will result in the total number of properties in the network increased to 110,000, including those premises connected in the previous lot 1 rollout in the Cotswolds.
The revised network design also includes an update of the anticipated delivery timings for each community, bringing some forward and pushing others back, with the overall completion of this significant civil engineering programme now likely to be September 2022.
Gigaclear’s network build in Gloucestershire is more advanced, owing to the completed lot 1 rollout in the Cotswolds, and has seen ultrafast broadband in the county reached over 30,000 rural properties. The original design planned to connect 70,000 homes and businesses in rural Gloucestershire but the new network design has been expanded to see the total number of properties in the county increased to 75,000.
In Herefordshire, where until 2018 Gigaclear didn’t have any existing network coverage, their ultrafast full fibre broadband has now reached over 4,000 rural properties. The original design planned to connect 19,000 homes and businesses in rural Herefordshire but the network design has been expanded to see the total number of properties in the county increased to 29,000.
The rollout has not been without its challenges as Peter Pentecost, Regional General Manager at Gigaclear, acknowledges, “Since our partnership with Fastershire began back in 2015 we have connected over 34,000 homes and businesses across Herefordshire and Gloucestershire, bringing the fastest broadband speeds to some of the most remote properties in the UK. Although we’ve been slowed down by COVID-19, we’ve continued our work in both counties where safe to do so, as our work is considered essential by government, and we’re now actively building in 125 communities.”
“However, this rollout in the most rural parts of the counties is an enormous civil engineering project and is extremely complicated. As with all works of this scale, there are a number of obstacles that can spring up unexpectedly and, because of the way our network works, delays experienced in one community build will impact the start dates for communities further down the build programme. But I am happy to say that with the organisational changes we have made recently, our ability to better forecast our delivery has now improved significantly.
“We are really pleased to be able to build to more properties, and to bring delivery dates forward for some communities. However, we do understand that for those communities where the delivery timings have moved back, some significantly so due to a reconfiguration of the plans, the new network update will be frustrating news.
“The movement in delivery timings is primarily due to three changes we have made to our programme; firstly bringing on additional contractor resources to increase build capacity has meant changing the build order to avoid the extra resources tripping over each other and causing traffic chaos. Secondly, to accommodate additional properties into the build necessitated a redesign of part of the network; and thirdly, the build rollout had to be reordered to ensure all properties connected can be made live as we go, rather than having areas of network dormant waiting for other parts to be completed which is even more frustrating for customers.
“However, we are taking action to increase the speed of delivery.  We have spent the last year expanding our team in the region, opening a new office in Gloucester and vastly growing our Operational and Delivery teams. And we have made changes to some of the network designs to ensure we are building our network in the most efficient way possible.”
0
Shares

One way system to be introduced for pedestrians in Ross