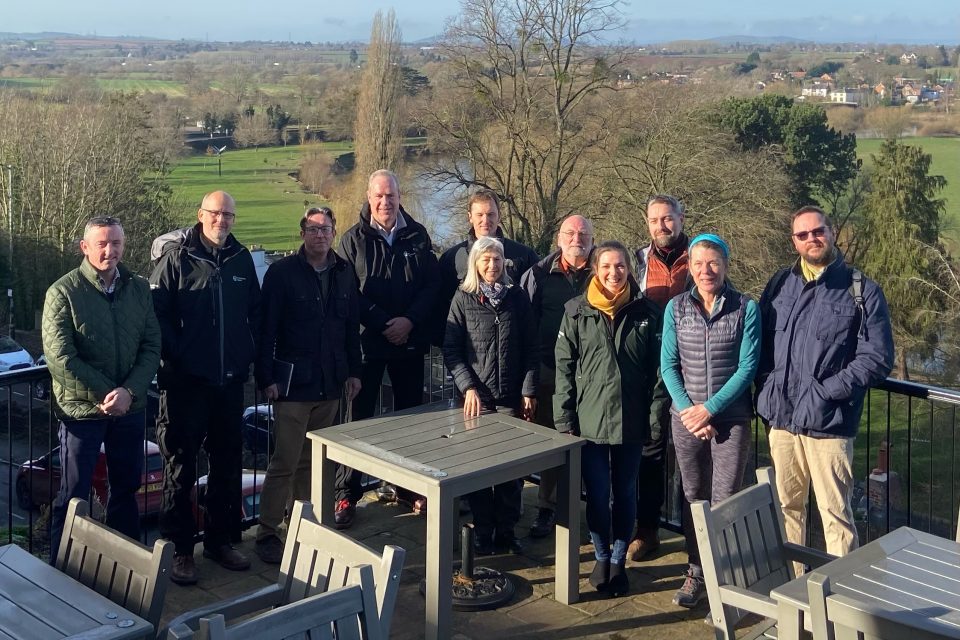 The visit was part of a welcome new focus by the EA on the critical problems affecting the river, including high levels of phosphate pollution from agricultural run-off, an excess of poultry manure spread onto farmland, and sewage discharge. The day before the visit to Ross the delegation had met with Environment Minister Rebecca Pow MP and local farmers to pursue action plans.

Rob Leather, chairman of ROWAC, said: “The EA has been criticised as a faceless bureaucracy, so it was very encouraging to meet and discuss in-depth and at length our concerns with the top people involved. It’s clear they share our alarm over the shocking decline in the water quality of the river and are poised to help clean it up, starting this spring. It really is good news, and we fully support the EA plan to help reduce the phosphate pollution that is killing the Wye.”

In particular, the club was supportive of new investment announced by the EA in recruiting a team of four farm inspectors, who between them will visit 150 farms along the Wye in the next 6 months, to determine nutrient levels of farmlands and ensure proper land and manure management. In addition, the new money will contribute to projects involving drone and satellite monitoring of soil erosion along river catchments that will help the EA target the area’s worst polluters.

“The EA has suffered big funding cuts from central government which means it’s had one arm tied behind its back when tackling big issues like this. So, the fact that new money has been secured and directed specifically at the problems of the Wye is a cause for optimism. We look forward to seeing the results of this work in the months to come.” said Rob Leather.

The visit included a briefing meeting at the Royal Hotel followed by a fact-finding tour and interviews with the BBC along the stretches of river controlled by the angling club.During the tour a dead Canada Goose, killed by the bird-flu that is currently rife within the Intensive Poultry Units in Herefordshire, floated by.

ROWAC members highlighted the findings of long-term water quality monitoring carried out by club member Trevor Hyde, that consistently show over 88% of results exceeding permitted levels for phosphate content. This contributes to the damaging algal blooms that turn the river green in summer and inhibits the growth of the vitally important ranunculuswater plant, that has declined by 90% in recent years.

Ross-on-Wye Angling Club was represented by: