0
742 Views
Warning: json_decode() expects parameter 1 to be string, object given in /homepages/43/d806122517/htdocs/clickandbuilds/Rossonline/wp-content/plugins/posts-social-shares-count/classes/share.count.php on line 66
0
Shares 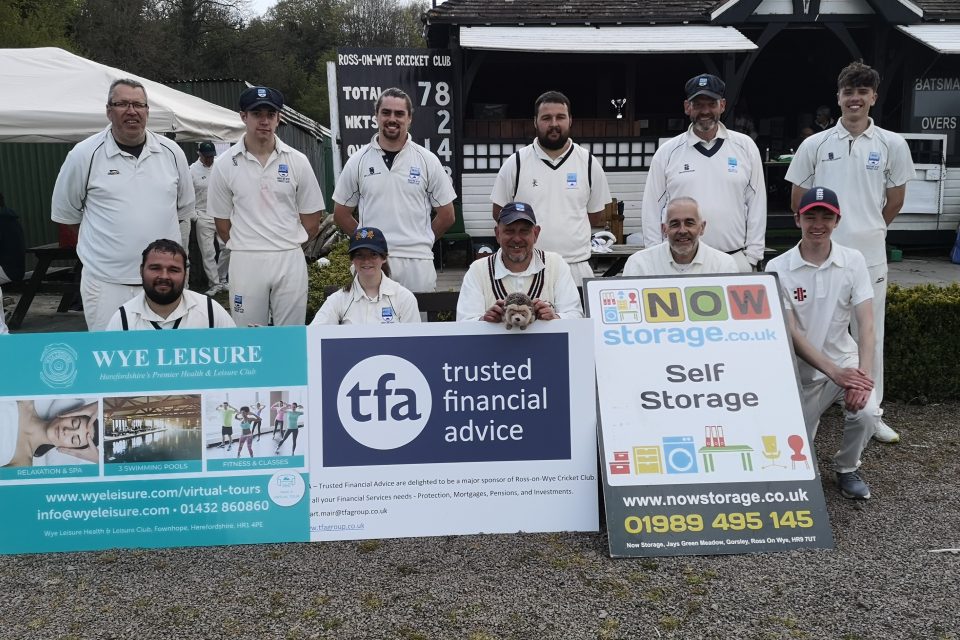 Ross-on-Wye Cricket Club had a double winning start to the eagerly awaited 2021 season in the Marches League.

Both the first and second teams were playing at home, meaning the picturesque ground at Wilton hosted on Saturday and Sunday, fully utilising the excellent ground work performed by club members in March and April. Club Captain, Tony Laws, led his team out against Glangrwney and had his decision to field fully justified by skittling out the visitors for just 77 runs. Three of the Ross team were returning after a while away; Alexander Springer on leave from the Army; Josh and Ben Element rejoining with enthusiasm after a few busy years at Ross Rugby Club. All three, together with Laws, backed up regular opening bowler, Adam Davies, to keep pressure on Glangrwney and force a stream of wickets from 31-0 to all out for 77. The Elements took seven wickets between them, whilst Alistair Cook held onto three good catches.

Ben featured heavily in Ross’ reply, in a second wicket stand of 30 with Alex Davies, followed by an unbeaten partnership of 49 alongside Graham Howls who raced to 39 from just 28 balls striking three sixes. Ross chased down the target in just 15 overs to gain a welcome 24 league points.

The following day, Club Chair and Second Team Captain, Theo Minnie was asked to bat by Luctonians Thirds, in cloudy and rainy conditions. Richard Jeffryes opened the batting with Stu Mair, the latter of whom stayed at the crease for all but two balls of the 40 over innings, amassing a very impressive 123 including 22 fours. Mair has been the lead groundsman at Ross for many years, so it was fabulous to see him show just how to bat on his own pitch. He was well supported by Albert Johnson, returning to Ross after his time as a junior; and by Ben Rimmington, who finished not out on 35.

Luctonians’ target of 227 was always going to be tough, and Ross took wickets regularly from the off to bowl a mixture of youth and experience out for 84 in just less than 30 overs. Scalps were shared over most of the attack, with Philip Davies, Paul Morris and David Bagg getting two each, while Minnie’s spin accounted for four; Ross winning by 142 runs. 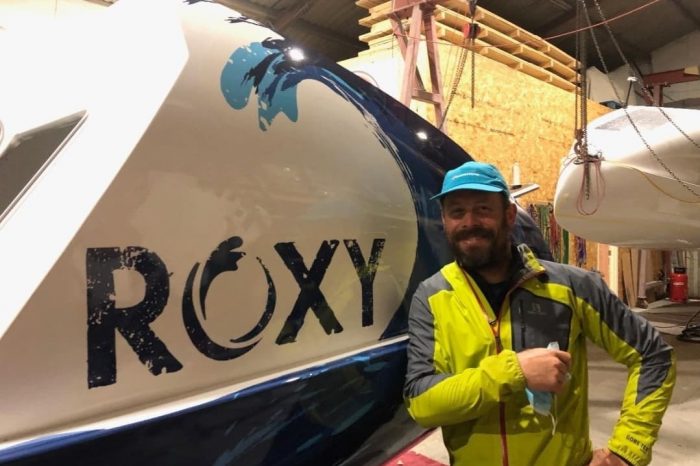 Online auction to support row of Atlantic by Ross Vet