0
1.5K Views
Warning: json_decode() expects parameter 1 to be string, object given in /homepages/43/d806122517/htdocs/clickandbuilds/Rossonline/wp-content/plugins/posts-social-shares-count/classes/share.count.php on line 66
0
Shares 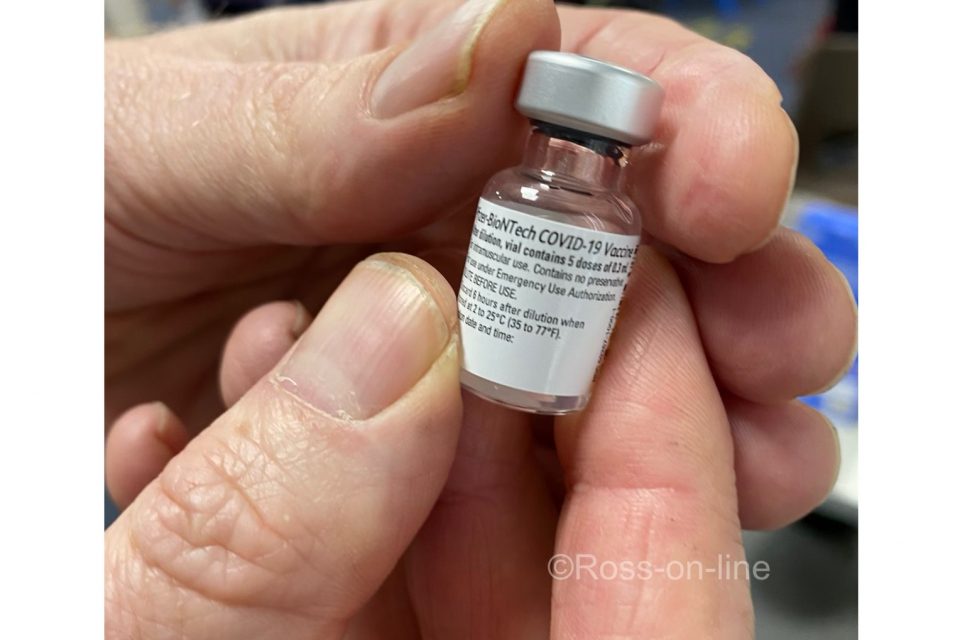 The COVID-19 vaccine rollout has begun in Ross-on-Wye.

Members of the public who have been invited to receive the vaccine have been arriving at the Larruperz Centre all morning. Currently the vaccine is being offered to over 85s and care workers.

It has been a busy morning with hundreds attending from the Ross surgeries, as well as Much Birch, Fownhope, Kingstone and the Golden Valley.

One of those who received the vaccine was Ross resident, Jean Parkin, who told Ross-on-line: “I had no concerns over receiving the vaccine. I am pleased to have finally had it done.”

Dr Simon Lennane, GP and Primary Care Network Clinical Director, told Ross-on-line he was pleased with the turnout but issued a plea for people to be careful over the festive period. He said: “Although the rules around mixing households over Christmas have been relaxed, we are still no safer than we have been. It is great that Herefordshire has gone down to tier 1, but we want to stay in tier 1. I must encourage people to please be careful over Christmas. If you must visit people, see them outside. There is significant concern within health services that mixing at Christmas, even within the rules, will lead to a third surge of cases.

“It is also important to remember that those who have received the vaccine today are not protected over Christmas. They will be protected 28 days after receiving the jab, as this is how long it takes to build up immunity.”

The clinic will be running for the next three days for those who have been contacted to attend, and volunteers from Ross Lions, Ross Rotary and the Ross Good Neighbours scheme have been helping to run the busy clinic.

Three people taken to hospital following collision on A49