As previously reported, due to the ongoing pandemic, the Armed Forces Day events which were planned for later this month have been postponed until June 2022, meaning sadly, Ross will not be hosting its planned activities at The Prospect and Rope Walk on 26th June.

However, to mark the occasion, and show support and respect for the Armed Forces, Ross-on-Wye will be holding a Shop Window Dressing Competition in the town centre and Ross Town Council hope that as many traders as possible will be able to join in and participate.

The main focus will be the official Flag Raising at the Market House on Monday 21st June at 10am, however the Town Council hope the competition will show collective respect for veterans past and present.

Judging will take place 24th-25th June, and the panel will include Cllr John Winder, Ross Town Mayor and Graham Aplin, Chair of the Ross and District Branch of the Royal British Legion.

For further information, or to receive a digital event flyer, please contact tourism@rosstc-herefordshire.gov.uk. 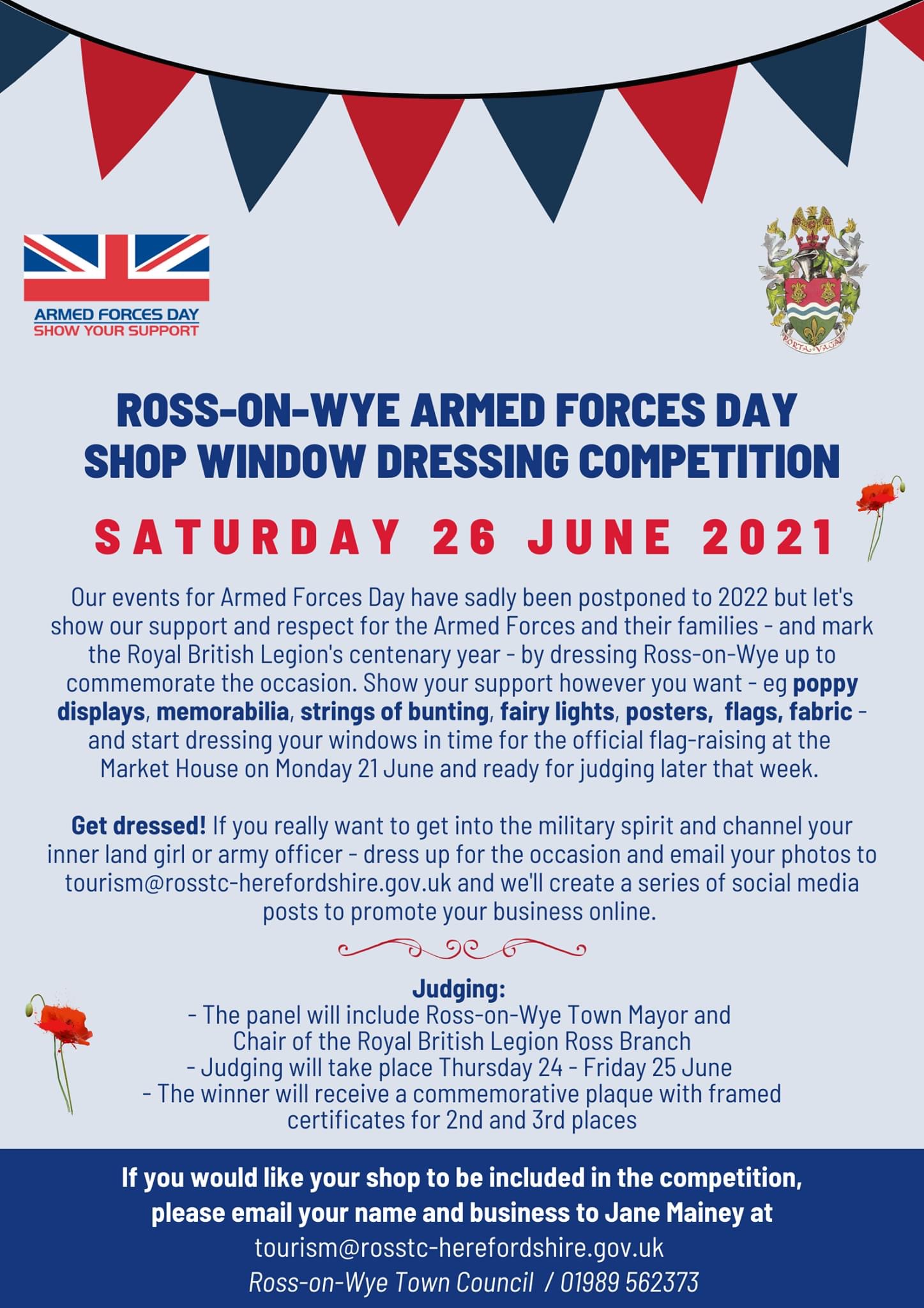 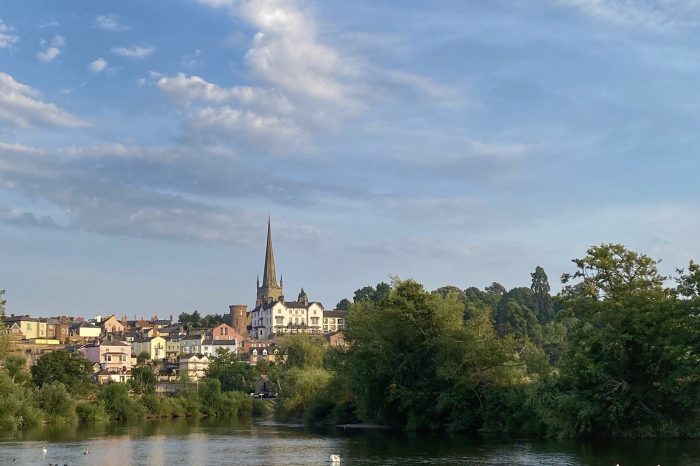