0
793 Views
Warning: json_decode() expects parameter 1 to be string, object given in /homepages/43/d806122517/htdocs/clickandbuilds/Rossonline/wp-content/plugins/posts-social-shares-count/classes/share.count.php on line 66
0
Shares 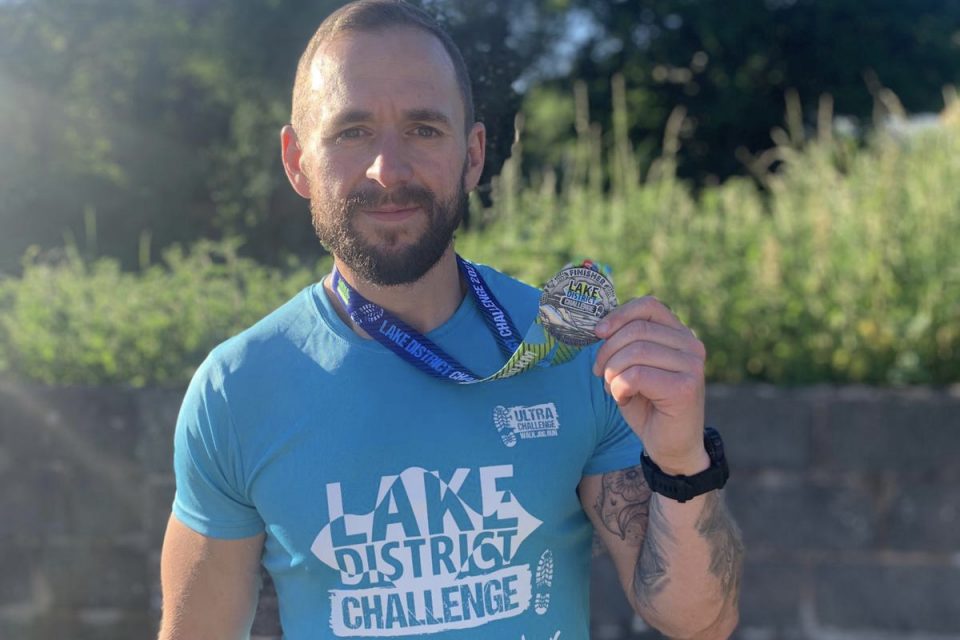 David wanted to take on a challenge to push himself further than he has ever done before, and being his biggest challenge to date he thought it would be a great idea to do it for charity.

The 62 miles course across the Lake District was extremely challenging, and at times he felt like giving up.

David told Ross-on-line: “Everything went quite well for the first 25km, however after that point I suffered severe cramping in my legs which prevented me from running at the pace I wanted to.

“By the time I got to the 50km mark I was very disheartened by the fact I wasn’t on track to get the time I wanted. Never the less I continued on for another 50km over peak after peak and picking up a groin strain and the most painful shin splints I’ve ever experienced.

“Day turned to night, and I was on my own for long periods of time. Luckily I had my friends and family texting and ringing me throughout to keep me motivated.

“I have to say that the terrain was brutal? with nearly 9000 feet of elevation, I’m sure the views were amazing but I couldn’t really appreciate them at the time.

He said: “I would like to thank everybody for their support throughout and for donating an amazing amount of money to my charity. The Just Giving page is still open if anybody still wants to donate.”

He has already smashed his £600 target, however there is still time to donate by visiting https://www.justgiving.com/fundraising/David-Lane12?utm_campaign=lc_frp_share_transaction_fundraiser_page_donation_received_-_nth_donation&utm_content=c406631b-72e7-400b-b217-adb106a45178&utm_medium=email&utm_source=postoffice&utm_term=1622830722803