0
852 Views
Warning: json_decode() expects parameter 1 to be string, object given in /homepages/43/d806122517/htdocs/clickandbuilds/Rossonline/wp-content/plugins/posts-social-shares-count/classes/share.count.php on line 66
0
Shares 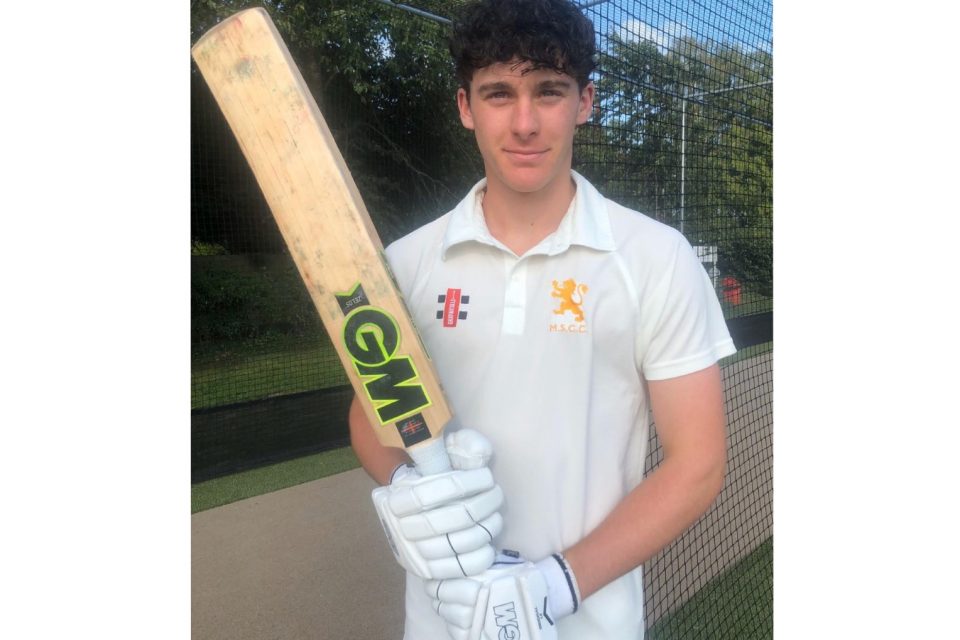 A Ross-on-Wye teenager has made a flying start to the new cricket season.

Harry Friend, who lives in Ross, narrowly missed out on a century for Glamorgan Academy against Newport Cricket Club on Saturday.

A Sixth Form student at Monmouth School for Boys, Friend hit an impressive 95, including five fours and two sixes, as the Glamorgan youngsters finally opened their campaign after the lockdown.

Friend has just joined Newport from Monmouth Cricket Club and his 126-ball knock helped Glamorgan to 222-6 from 45 overs against his new club.

Friend cut his cricketing teeth at Ross Cricket Club and has  represented Herefordshire, Wales and Gwent at youth level.

The teenager was included in several Glamorgan 2nd XI squads in 2019 and made his senior debut for Wales in the Minor Counties Championship.

One of Harry’s proudest moments was scoring a century for Glamorgan Academy on tour in South Africa in February this year.

Fellow Monmouth School for Boys’ student, Sam Swingwood, who bowls leg-spin and has been a successful part of the Gloucestershire Emerging Players’ Programme, made his Glamorgan debut in the match at Newport.

Swingwood bowled one over as Newport, whose side included Glamorgan’s Director of Cricket, Mark Wallace, reached 110-2 off 21 overs to claim victory in a rain-affected match.