0
648 Views
Warning: json_decode() expects parameter 1 to be string, object given in /homepages/43/d806122517/htdocs/clickandbuilds/Rossonline/wp-content/plugins/posts-social-shares-count/classes/share.count.php on line 66
0
Shares

The Wye Usk Foundation has expressed serious concerns that the normally clear waters of the Wye have once again turned a putrid green due to another severe algal bloom. The Usk has also suffered a bloom, albeit less severe, as have other rivers across Wales.

Those with long associations with the Wye will know that the river has always suffered mild algal blooms. However, their severity has increased significantly in the past three or four years.

They are also starting earlier in the year and lasting longer. While they used to be one-off events with the algae dying off or being flushed out with a rise in water levels, we are now experiencing multiple blooms throughout spring and summer. The river has a sickly appearance with its water resembling pea and at other times, French onion soup.

Permanent damage
This ailing look is no mirage. Thick algal blooms can have severe and permanent effects on the river’s ecology.

By discolouring the water, essential sunlight is prevented from reaching aquatic plants such as ranunculus, impeding their growth and even killing them off. These plants play a vital role in the river’s ecology, providing food and habitat for a range of invertebrate, fish and bird species. In addition, excessive algae reduces the availability of oxygen in the water at nighttime, which when combined with high temperatures, can kill fish such as Atlantic salmon, barbel and brown trout.

The damage isn’t just ecological. Countless tourism-related businesses and jobs up and down the Wye Valley rely on a clean, healthy river. Severe and prolonged algal blooms during the height of the visitor season will do nothing to help the area’s economy recover from the COVID-19 crisis.

For the full report by the Wye Usk Foundation visit: https://www.wyeuskfoundation.org/news/nations-favourite-river-facing-ecological-disaster 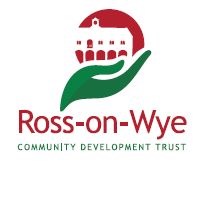