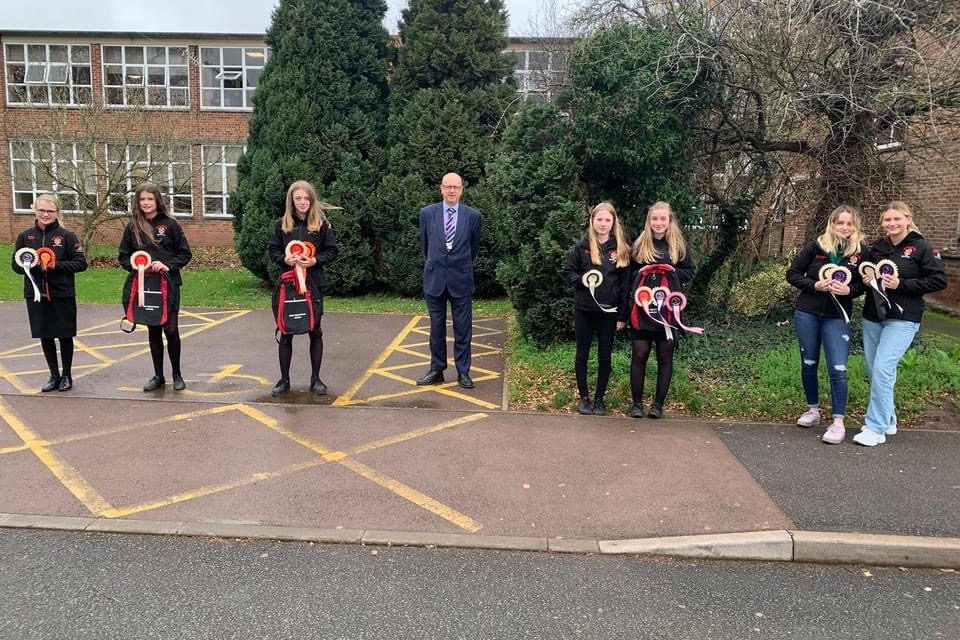 The John Kyrle High School equestrian team continues to enjoy success on a national scale. The team recently competed at King’s Equestrian Centre in Bromyard. Lucy Evans, Year 8, came first in the individual 70/75cm class and qualified for the National championships, now rescheduled for the beginning of April.

The 1m team of Year 9 student, Evie Bennett; Ronie Thomas, Year 11; Verity Wallbridge, Year 12 and Zoe Whitehouse, Year 11, finished second, qualifying them for the National Championships as well as the Hickstead Elite Showjumping Championships, due to take place in August 2021. Evie, who finished first was the only rider to go clear in what turned out to be a very challenging course. In the 1m 10 class, Evie and Ronie jumped as individuals. Ronie finished in first place and Evie fourth. They have both qualified for the National and Hickstead Elite Championships as individuals.

On Saturday 31st October, Honor Verney, Year 12; Ronie; Verity and Zoe travelled to Rectory Farm Equestrian, near Cirencester. This was the first appearance for the team at this particular venue. The team rode extremely well in a very technical course with Zoe riding a fantastic clear round, four seconds under the optimum time coming seventh individually. The team finished a respectable fourth.

JKHS Equestrian was due to enter two teams into the competition at Keysoe in Bedfordshire on Saturday 14th November for the rescheduled County Championships. Unfortunately this has now been postponed again. Hopefully John Kyrle will get to represent Herefordshire at the County Championships next year. JKHS is highly unusual in that the vast majority of equestrian teams they compete against are from private schools.

Headteacher, Nigel Griffiths presented the successful JKHS Equestrian team with their rosettes on Tuesday. He said he was extremely proud of their impressive achievements on the national stage. He also wished to pass on his thanks to the parents of the squad, for ensuring that the team has been ready to compete across the country. 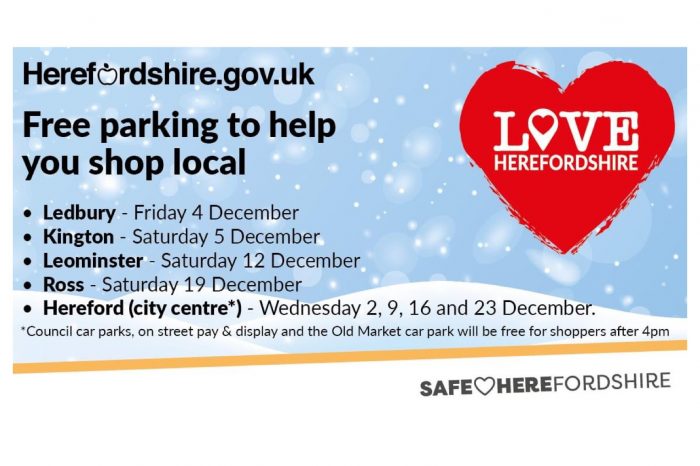 One day free parking for Ross-on-Wye