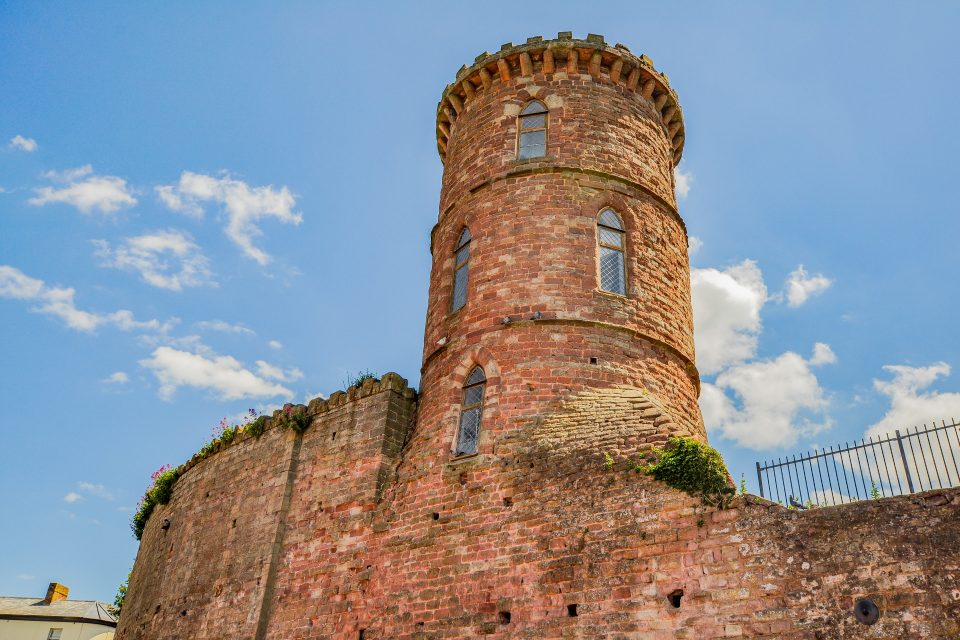 An historic Ross-on-Wye landmark, and one of the town’s most striking buildings, has just come onto the property market for the first time in two decades.

The Gazebo Tower, a Grade II Listed building, was built in Palace Pound in 1833 along with the Mock Gothic Walls as part of the construction of Wilton Road.

This red sandstone tower was built as a viewing point for the picturesque Herefordshire market town. During the 1830s, there were a number of developments, undertaken by the Town Improvement Commissioners and the Turnpike Trustees, to continue the work by the famous philanthropist, John Kyrle, to beautify the town and its surrounding landscape.

Originally named ‘Collins Tower’, the feature acted as a viewing point for Ross. It is arguably the county’s most famous folly tower and offers panoramic views across the famous horseshoe bend of the River Wye, the Black Mountains of southeast Wales, the iconic spire of St Mary’s Church, Chase Wood and Ross-on-Wye’s assorted architecture.

In 2001, Herefordshire Council – the previous owners of The Gazebo Tower – put it up for sale and, at that time, the building was an empty shell; its first and only floor was accessible only from a ladder.

The current owner, Tony Billingham, managing director of Carlton Care Group, learned that The Gazebo Tower was for sale when he watched a segment about it on BBC news, and he submitted his offer by post.

After Tony and his wife Pam bought the tower, they used it as a picnic spot; the couple would pack their flasks of tea, climb the ladder to the first floor and gaze out of the arched windows to savour the phenomenal views.

After a couple of years, the Billinghams decided to make the most out of their monument and asked three architects to draw up plans to transform the tower’s interior. They selected a design offered by Tony Davis Associates from Halesowen in the West Midlands.

Mr Davis designed the home to make the most out of the natural light while keeping each of the circular rooms sizeable. In the summer of 2007, Fred Hall, a Ross-on-Wye builder, started a 12- month project to renovate The Gazebo tower and, on 2nd August 2008, the project was completed.
The kitchen and cloakroom are on the ground floor and a spiral staircase winds up to the lounge on the first floor. The walls between the staircase and the rooms are fitted with fire retardant glass to let in light from the original arched windows.

The bedroom on the second floor also includes an en-suite wetroom and another spiral staircase flows up to the battery-operated roof hatch which boasts its breathtaking 360 degree view of Ross-on-Wye and the surrounding countryside over the tower’s turrets.

In the 20 years the Billinghams have owned the Gazebo Tower, they have used it as a much-loved holiday home and, on bank holidays during non-Covid times, the couple have opened its doors to the public in exchange for voluntary charitable donations. Over the years, Tony has presented these funds to various good causes, including Merton House Hotel – a venue that provides specialist accommodation for the elderly, frail and people with disabilities – and St Mary’s Church.

Mr Billingham said: “We have been happy to open the Gazebo for the public to visit and this proved very successful. Any donations received were donated to St Mary’s Church.”

The Gazebo Tower is on the market with Hamilton Stiller Estate Agents with a guide price of £450,000.

Anna Hulin AssocRICS, one of the directors of Hamilton Stiller said: “We are absolutely delighted to be asked to market such a historic landmark which is one of this beautiful market town’s most prominent
buildings. Here at Hamilton Stiller, we have a passion for selling such unusual buildings; we sold another folly tower in Bishopswood five years ago and it is always thoroughly exciting to be able to take on these wonderfully quirky properties.”

To book a viewing, call Hamilton Stiller’s Ross-on-Wye-based office on 01989 563525 or visit http://www.hamiltonstiller.co.uk 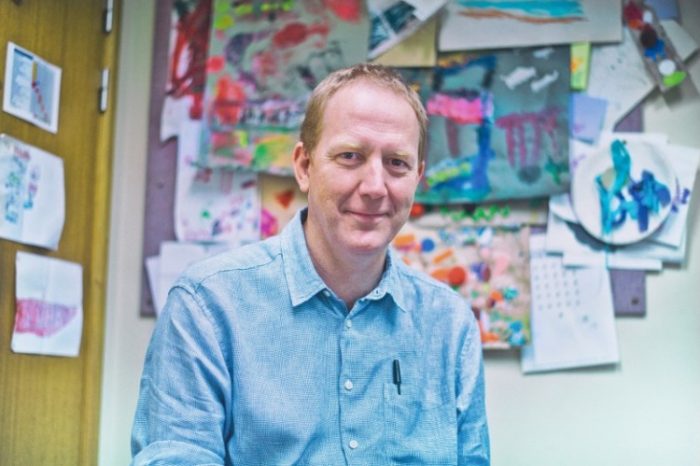